The Snapenning over 20,000 pics and videos from Snapchat hacked by 4chan #TheSnappening

Hundreds of thousands of leaked Snapchat images are being dumped onto the internet right now. And they aren't pictures of dogs or peoples' dinner, either. They're pictures of naked people. The infamous and anarchic /b/ board on 4chan has christened the event "The Snapenning" in a throwback to the recent leak of private celebrity nude photos that happened as a result of an iCloud breach.

You'll have to Google the name of that one for yourself. Snapchat is a photo and video sharing application for iPhone and Android that allows users to send images to one another.

What makes this application special is that the photos and videos are supposed to disappear forever after anywhere from 1 to 10 seconds. You can imagine how these limited viewing capabilities may incentivize some people to take and share - shall we say - compromising photos of themselves. Since the photos have a limited viewing time, there were a lot of third-party applications springing up that would allow you to capture that brief photo for future viewing or sharing. These third-party apps were the source of the problem.

At least that's what Snapchat is saying: "We can confirm that Snapchat's servers were never breached and were not the source of these leaks. Snapchatters were victimized by their use of third-party apps to send and receive Snaps, a practice that we expressly prohibit in our Terms of Use precisely because they compromise our users' security." That application you installed to save your Snapchats may have been sending them to someone else.

The most prominent among them is called Snapsave, and they're denying any involvement, of course. We'll see where the ax falls on this one as the story develops. The Snapchats were made available last night as a huge, 13GB library of image and video files. 4chan is currently doing what it does best and working hard to make that library into an organized database that can be searched by username. 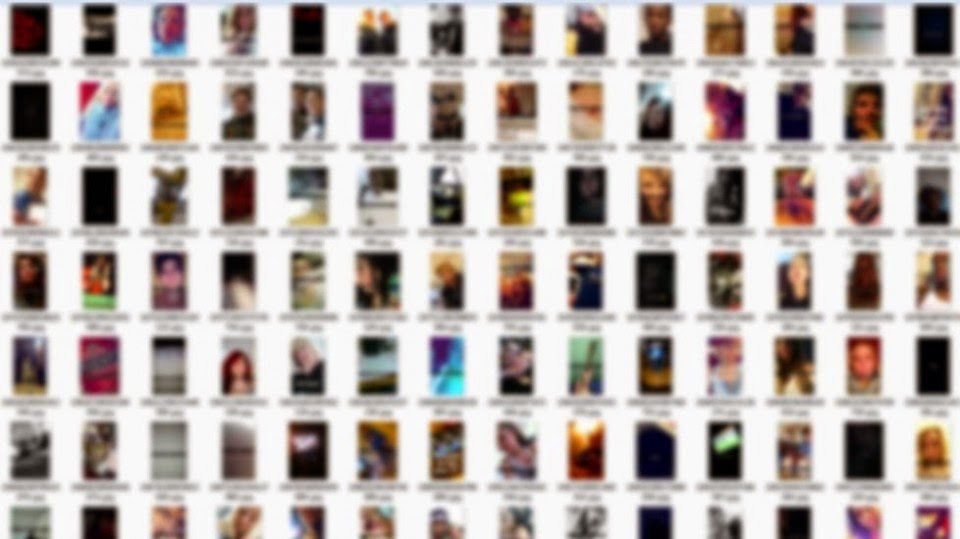 Much of the Snapchat user demographic are minors. This means that the leak and any subsequent downloads of the file(s) could be prosecuted as dissemination and/or possession of child pornography.

Don't go looking for this stuff, folks. The dominant, though unconfirmed, theory is that the photos were saved on a website called Snapsaved (distinct from Snapsave, mentioned above). Snapsaved.com suddenly disappeared of the net a few months ago and now redirects to a digital hardware sales site in Denmark. Kind of sketchy. Their Facebook page is still up, but it hasn't been touched since March.


Of course, even if the files did come from Snapsaved, it doesn't mean it was a nefarious move on their part. Hackers could have broken into their servers, taken the pictures and videos, and leaked them onto 4chan without the company's knowledge.

We are watching you: